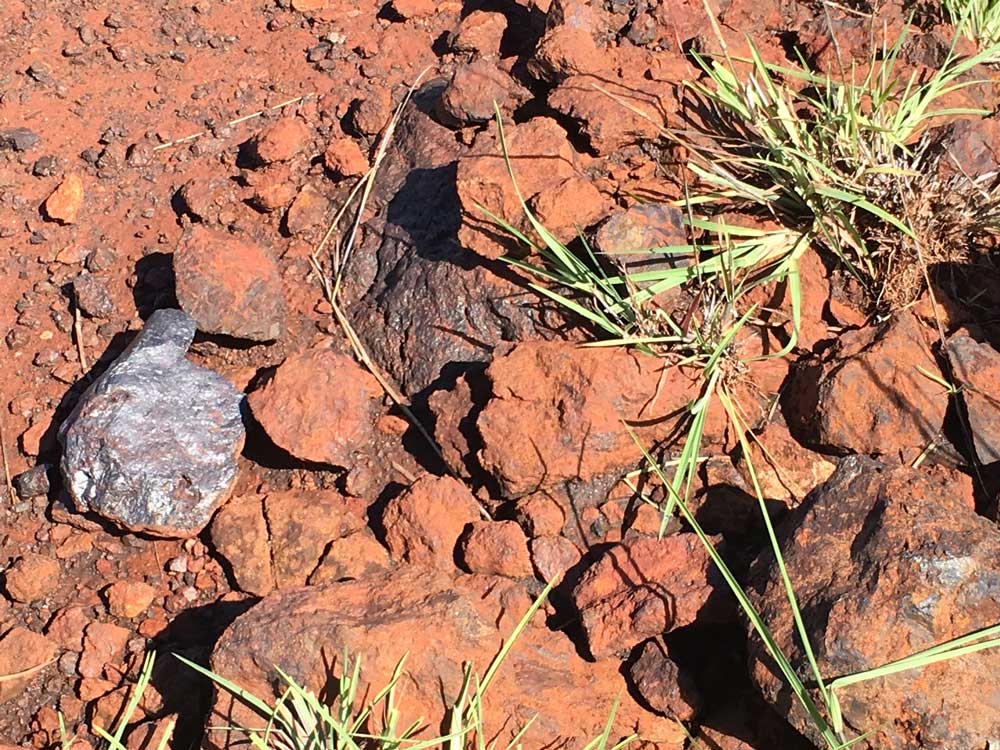 The Company is an exploration company engaged in the exploration and development of the Bekisopa Project, the Tratramarina Project and the Ambodilafa Project, iron ore projects in Madagascar. In all we hold some 308 km2 of tenements across these three prospective exploration areas, with each project being covered by several separate tenements. To date only one tenement section at each of the three project areas has been explored and there are numerous prospective tenement areas at each project location that also show distinct anomalies that warrant further exploration evaluation.

The Bekisopa Project is considered by the Directors to be of primary importance as it has the potential for significant high grade lump Direct Ship Ore (DSO). Further the Bekisopa Project has a historic stated potential resource estimated at greater than 150Mt. This historic resource estimate was calculated by the United Nations Development Project (UNDP) based on their fieldwork and also the work of the French BRGM. However, the Mineral Resource estimate does not confirm to a Recognised Standard, such as  JORC CODE, and may not be used for economic purposes.
‍Following the successful geological survey and ground magnetic survey at Bekisopa in October 2019 which confirmed the ore body extends over a 7 kilometre strike length and to depths of at least 500 meters a focused exploration and drilling work program has been mapped out for the Bekisopa  project  and this is aimed at updating the geological information and performing deep drilling to determine the extent of the high grade lump ore already identified at surface. Following this proposed work program at Bekisopa tenement 10430 AKORA then plans to undertake preliminary exploration at the other Bekisopa tenements as these anomalies may add significantly to the known 7km iron ore strike length demonstrated at Bekisopa PR 10430.

Key events in the Company's History

The Company is incorporated in Australia and registered in Victoria under the provisions of the Corporations Act as a public company limited by shares.

The Company entered into a farm-in agreement with Jubilee to enable the Company to explore for commodities under the Ambodilafa Permits.

Malagasy Holdings (Bekisopa) Limited acquired 75 percent of IOCM, the holder of the Bekisopa Permits from Cline.

AKORA restructured the company and placed the company on a care and maintenance footing while reviewing and translating all the available historical geological work results to prepare the company for a capital raising to progress its main project Bekisopa.

Extensive geological mapping and a ground magnetic survey at Bekisopa confirmed a 7 km north south strike length in the main tenements and showed the orebody dips to the west to at least depths of 500 meters. Along strike are layers of massive high grade magnetite-hematite with the adjacent host rock containing relatively coarse magnetite mineralistaion. An exploration target of for the high grade massive iron ore of  ~100Mt to 100 meters and 500 to 1000 Mt for the high grade ore layers and the intervening coarse disseminated magnetite country rock.

AKORA finalized acquisition of the remaining 25% of Bekisopa held by Cline Mining so going forward AKORA will hold100% of the Bekisopa suite of tenements once finalisation of the transfer documents is completed.

As seen in the Key Events table above AKORA Resources (AKO) acquired Tratramarina, the coastal upgradable iron ore project, in February 2011 and then in August 2012 agreed a farm in arrangement to acquire the Ambodilafa upgradable iron ore prospect. Then AKO went about doing geological evaluations and a drilling program at both sites that intersected banded iron formations.

In June 2014 AKO made arrangements with Cline Mining, predominately a coal mining company, to acquire its interest in the Bekisopa iron ore prospect.

Thus, our strategy from mid 2014, following the acquisition of Bekisopa, and into 2018 was to maintain and advance the concessions on a very limited budget, while ensuring our corporation survived financially. Over this period we have been able to translate the historical geological information for Bekisopa, confirm high grade iron ore at surface, +65%Fe, and prepare the company for improved times.

For these reasons, AKORA Resources prioritises our energies and resources towards the initial Direct Shipping Ores found at Bekisopa and see this as our main opportunity.