Striving to achieve the best for shareholders 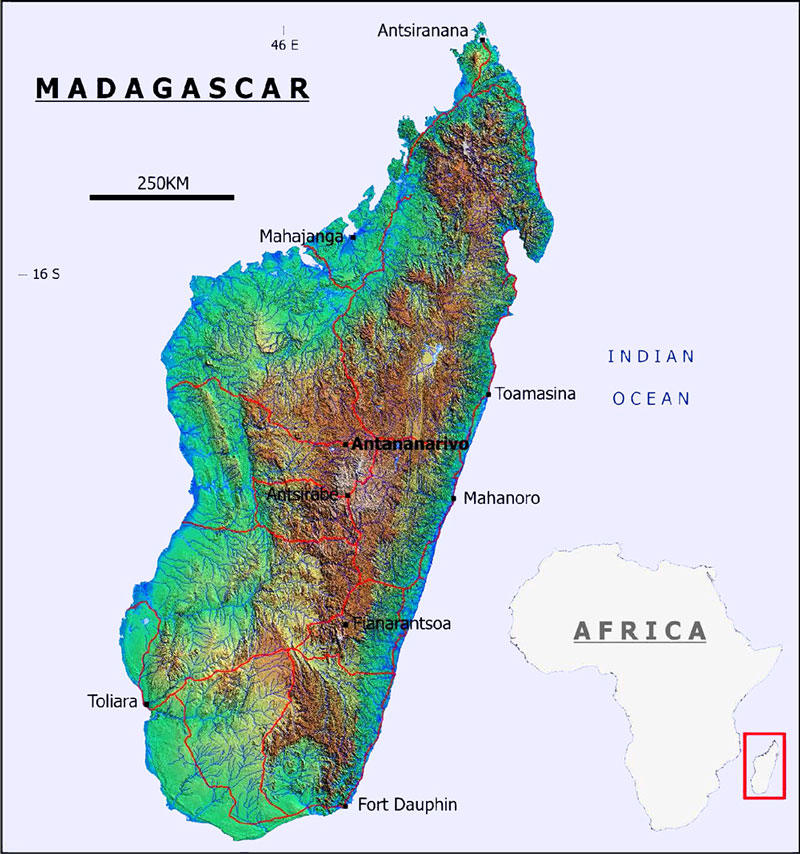 Madagascar is located in the Indian Ocean approximately 400km off the east coast of Mozambique, south eastern Africa. The nation is the fourth-largest island in the world. Madagascar's topography is characterised by a mountainous central plateau and surrounding coastal plain. The climate is diverse with tropical rainforest in the east, savannah grassland in the center and west.

The population of Madagascar is increasing and in 2020 is estimated by the United Nations to be approximately 27.8 million. Similar to most sub-Saharan African countries, the population is young with a median age of 18.7 as of 2015.  35 percent of the population are estimated to live in urban areas.

The system of company and corporate law in Madagascar is now similar to that found in any other French-speaking country. Since the new Companies Code was implemented in 2004, the procedure for setting up and operating companies has become much simpler.

Rio Tinto and the Sumitomo-Korea Resources-SNC-Lavalin consortium are the largest investors in the mining sector in Madagascar with the 2006 Fort Dauphin mineral sands and 2010 Ambatovy laterite nickel developments respectively. Both are large scale long life operations which required in-country investments of approximately US$900 million and US$7.0 billion respectively.

The mining sector was brought up to date with assistance from the World Bank in 1999, and the LGIM in 2002, these should be read in conjunction with Decree No.2000-170, which sets out the technical details for the implementation of the Mining Code and Law No. 2005-025 of 17 October 2005 which amends the Mining Code. The Mining Code covers all aspects of mining. The most important aspect to consider at the present time is permitting. For all permits, only one permit exists per square, a square being 625m x 625m, and the Minister of Mines must sign each individual permit. The system has historically operated in a reliable, stable fashion and the risk of expropriation is low. There is no restriction on the size or nationality of shareholding in the company that holds a mining permit or on transfers of shares within that company.